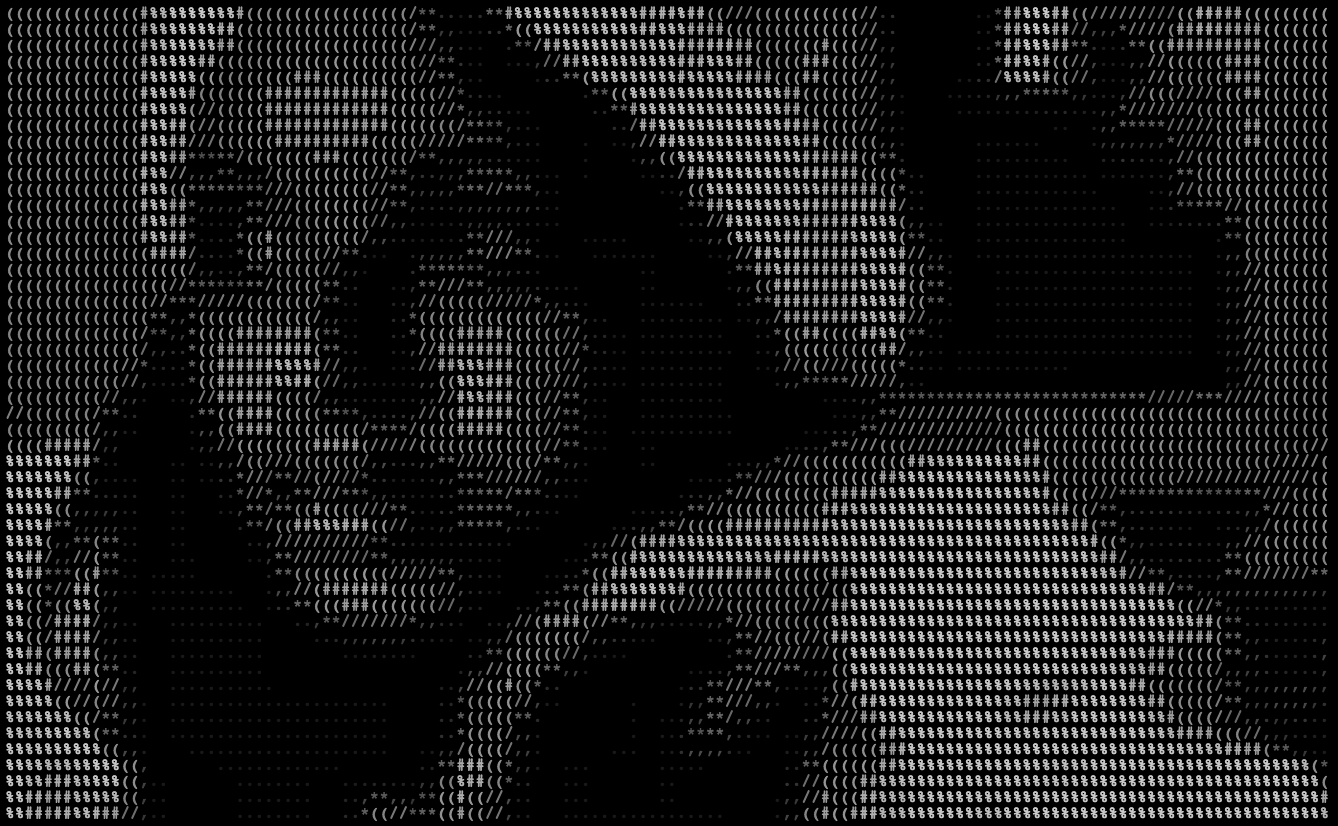 a few years back i wrote a post in an online journal about my time spent on the computer/internet throughout my childhood and teenage years. i’m a cancer, so i’m nostalgic by nature. i didn’t think i would ever find a place to relive some of those teenage years until i found neocities.

my childhood was during the first decade of the world wide web. i was already around computers as my dad worked for a tech company. he built my first personal computer which had windows 95 on it. before that, i used the computer located near our kitchen at the age of 3. when i was little my dad used to sit me on his lap, make the font really big in microsoft word, and show me how to type letters. i also enjoyed making all of the colors in the paint palette turquoise which was my favorite color. 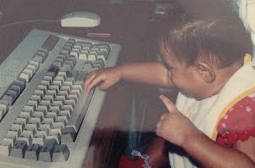 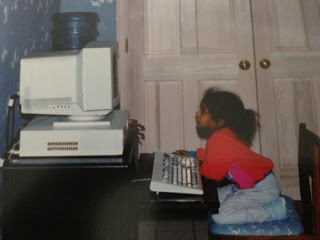 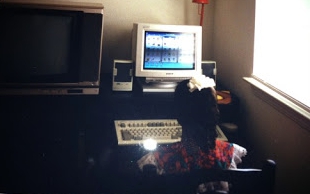 other components of my early computer usage were games like lenny’s music toons, crayola art studio, other educational games, solitaire and descent, which was a first person space shooter that my dad liked to play (it used to scare me lol). i also mentioned it on my video game nostalgia page. other than that, i didn’t really use my computer in my childhood for anything other than school assignments. the internet wasn’t really a part of my life back then.

and then came that sweet windows xp startup sound. my friends in middle school downloaded aol instant messenger (aim) onto my computer around 2001 or so and everything changed. i was 11 and this was my first time interacting with not only people i knew offline, but some strangers- nothing dangerous though. and of course, smarterchild. i started using other instant messenger services like yahoo!, icq and msn- i had em all. from there i became really interested in what the internet had to offer. i remember going to various sites to get quotes, buddy icons and such to put in my aim profile and searching for bands as well. i remember hearing evanescence’s bring me to life on the radio and going to the computer and putting their name in google (i was so proud that i spelled it right lol). back then there were music videos on yahoo and this was pre-youtube.

somewhere along the way this lead to music downloading/file sharing. i was too late for napster, but i’m pretty sure my dad used that lol. i used kazaa, limewire, bearshare and some of the others. i’m sure this is what caused the demise of many of my hard drives. luckily, most of the stuff i downloaded was legit music-if not terrible quality. but yeah i still got viruses.

i expanded my horizons to learning basic web design/graphic design. i used to start fanlistings for harry potter things and such on geocities, but never finished them haha. i was using paint shop pro to make graphics since it wasn’t as taxing on my pc. i was pretty good with it and i had downloaded all these different brushed and textures and such. and tutorials helped as well. i sued to make these name blinkies and such pixel by pixel. i had my own domain name at one point- oceansmist (lol idk ok). i had lots of ideas for site content (some ideas somewhat taken from m and j-14 magazines- i started to really get into celeb gossip then) that i would write in notebooks (now i just type them into notes), but unfortunately (or fortunately) nothing ever came to fruition. 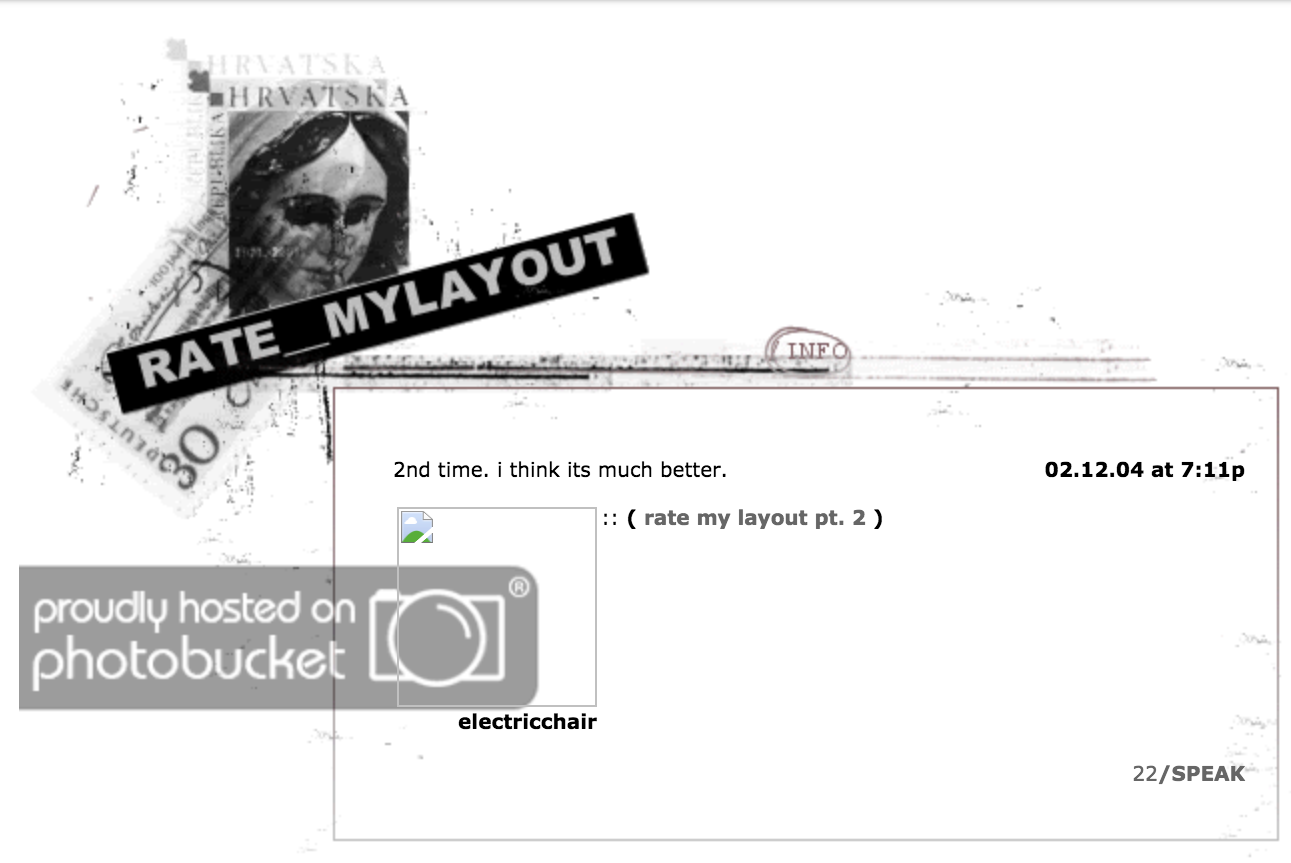 after that came greatestjournal/livejournal/insanejournal throughout middle school and early high school. i had a knack for having accounts on all these similar websites. i was primarily active on gj though, i could never quite get into lj. plus, gj had shitlist and divierto, which were my favorite things at the time. roleplaying was a big thing on gj as well, but i never got into that. i did take advantage of the 1000 or so icons you could have (especially when they were cropped in the middle of the person’s eye lol). i also mostly immersed myself in customizing my layouts on there and that is when i really started to get web/graphic design, although i tinkered with existing coding instead of starting from scratch. i made some pretty cool layouts on there- i remember one in particular had a collage of screencaps from linkin park’s crawling video. as you can imagine, i went through many, many phases on there. i actually was able to find a few of my usernames on the wayback machine, but i can’t bear to share them with you. they also had rating communities for various things which was probably my first brush with music snobbery. i never tried to join, but was always intrigued by the random ass bands people would list (i swear some of them didn’t even exist). i tried to be pretentious for a while when i started listening to the mars volta, but let’s be real i couldn’t deny pop music haha. they also had rating communities for looks- another thing i used to peruse but damn people were brutal sometimes lol. the only rating community i ever tried out for was a layout/design based one and i got accepted so i was proud lol. i remember it was a circular christmas themed layout with a bunch of layers (something i was very fond of), and it was really pretty. 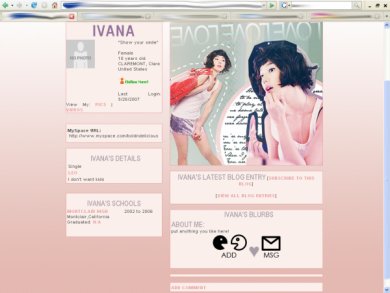 the next chapter is…myspace! the other time i came in contact with people i knew offline. by this time i was in high school so i had a decent group of friends. myspace always felt like a popularity contest, but i never really felt much pressure about the top 8 thing. once again, i was just focused on making my page look awesome. honestly, i don’t remember too much from my myspace days except finding some pretty cool music on there. [edit jun 3rd: with some digging i was able to find a couple of old layouts that i used on createblog and hot-lyts! i have placed them above this paragraph. seriously, going through some of the layouts on createblog was a like going through a friggin capsule of what things were popular at the time. you can take a look for yourself. note that the last layout was posted in 2010.]

then came facebook. i remember back when it was only for college students, but eventually of course they opened it up for high school students and that’s when i joined. it was probably junior or senior year. i didn’t like how you couldn’t customize your page aesthetically. i left facebook behind in like 2011 or 2012. after the demise of gj i went back to lj. not much came of it, except for joining oh no they didn't (a celeb gossip site) around the time of britney’s head shaving incident in 2007. i moved over to dreamwidth in 2011 and have been there since (although my journal is inactive now). i switched to various social media sites like twitter, instagram and tumblr which i currently still have although i started using them much more sparingly at the beginnning of this year.

which finally leads me to neocities! i looked into the community and discovered that people were making websites from scratch (like the geocities days) again! seriously, i've been so inspired by everyone's sites! since i never finished a website back in the day, getting this site off the ground was a big step for me. the idea for this site is to have a place to share my interests, improve my html and css skills, hopefully have some more original content that will be posted in the future, and most importantly to have fun! it'll be nice to have to something like this to look back on.

congratulations to you if you actually read all of this!